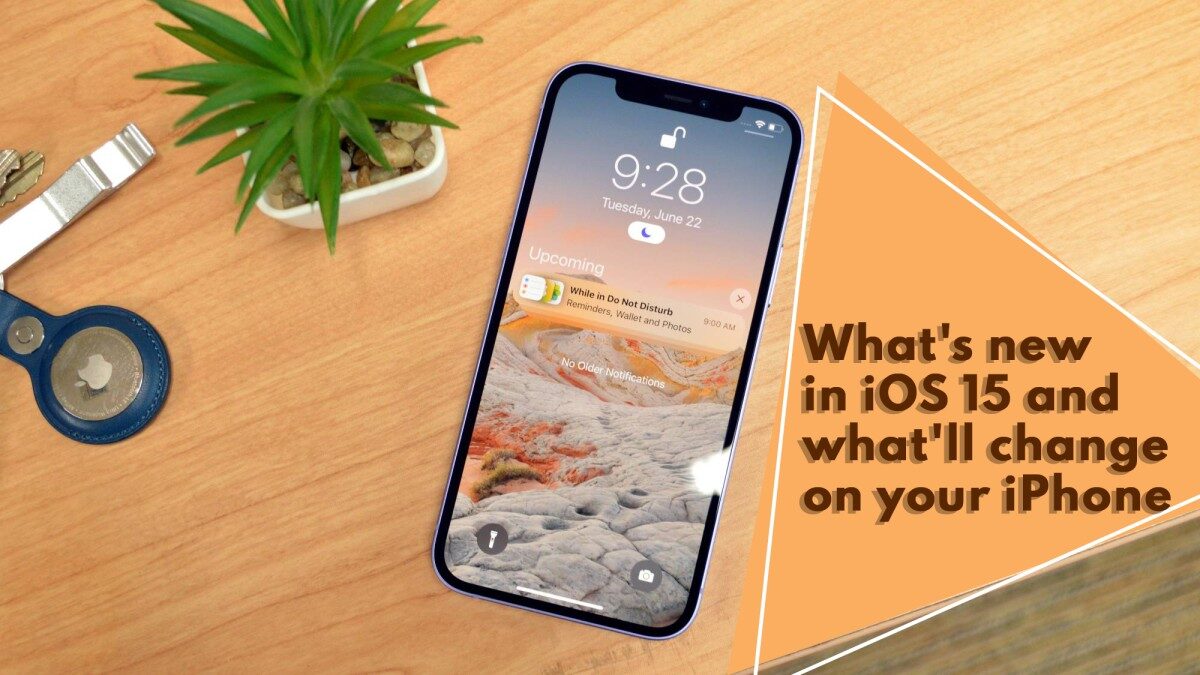 Apple is one of the most famous firms producing digital devices. On September 14, Apple announced a few new products at its California Streaming event. iPad, iPad Mini, Apple Watch Series 7, iPhone 13, iPhone 13 Mini, iPhone 13 Pro, and iPhone 13 Pro Max are among these goods. The new iPad and iPad mini will operate on iPads 15, which was unveiled at WWDC 2021. Similarly, the iPhone 13 series models will be compatible with iOS 15 when it becomes available. Apple first announced iOS 15 at its Worldwide Developers Conference earlier this year. Apple stated on its website that “iOS 15 provides incredible new capabilities that help you connect, focus, explore, and do even more with iPhone.” In this guide, we will discuss, all the amazing features that IOS 15 is going to offer in its iOS devices.

However, if you’re curious about which features are missing from an older iPhone running iOS 15, we’ve put together a guideline that goes into greater detail.

The new iOS 15 update, which is compatible with the iPhone 6s and later, adds Spatial Audio to FaceTime to make it sound more “natural and comfortable.”It also comes with new microphone modes that separate the user’s speech from background noise. Thanks to a new grid view, users will be able to see more faces at the same time during Group FaceTime.

Apple has also added ‘SharePlay’ for FaceTime, which allows users to view movies and shows together while listening to music on Apple Music. Screen sharing will also be possible with this capability. On the iPhone, iPad, and Mac, SharePlay will be available. In addition, FaceTime now can establish connections, allowing you to use it across platforms, including the web and non-iOS devices.

iOS 15 also has a new ‘Focus’ feature that allows you to customize what you want to pay attention to. In iOS 15, notifications have been given a new look. The size of the profile icons on notifications has been increased. A new ‘Notification Summary’ will appear at the time you specify, providing a summary of all “non-time-critical” notifications.

A new Live Text function is also included in the latest software update, which recognizes type in photographs, including handwritten text, and makes it selectable, with the option to copy and paste it. According to the new version, the Apple Maps app now displays more data, such as crosswalks and bike lanes. In addition, the app will deliver a 3D city experience in a few US cities.

The AirPods Pro now has a new conversation mode that boosts conversation volume automatically. AirPods feature ambient Find My functionality even when they’re in the case. The appearance of the weather app has been modified as well.

Apple has also unveiled iCloud+, which adds new functionality to the service. This cloud storage will include a “free internet privacy solution called iCloud Private Relay.” All iCloud users will receive an upgrade to iCloud+, and their plans will be shared with the Family Sharing Group. Even if they don’t have the capacity in their iCloud account, users will have unlimited free iCloud+ storage for a new device temporary backup for up to three weeks, according to Apple.

Mail privacy protection is included in Apple Mails, which masks your IP address, location, and blocks trackers. The health app in iOS 15 gets three new features. Users can now share their health information with family, caregivers, or a care team. The new ‘Trends’ feature will display the users’ health metrics, while the ‘Walking Steadiness’ function will display a new measure to better control fall risk.

The “For All of You” row in the Apple TV app will now display “a collection of episodes and movies depending on the interests of selected people or a full family.”

Features of the Apple iPad ios 15

With iPad 15, the iPad has home screen widgets as well as an ‘App Library’ that allows users to hide and rearrange pages. The latest software update also includes a multitasking shortcut that allows you to quickly switch between programs in split view. At the bottom, there will be a ‘Shelf’ that will display all the open apps. Fast notes, which you may use with third-party apps and websites, as well as the ability to drag and drop links and text, are all included in iPadOS 15.  Users will also have access to ‘Tags,’ which will allow them to categorize notes according to their preferences.

Apple also revealed a new feature called ‘Universal Control,’ which allows iPad and Mac users to utilize the same mouse and keyboard. “Users can even drag and drop information back and forth between devices,” according to Apple. This is ideal for sketching a painting on the iPad and then inserting it into a Keynote slide on the Mac.”

iPad mini 4 and after, iPad Air 2 and later, iPad 5th generation and later, and all iPad Pro devices are compatible with the new iPad ios 15. Furthermore, the ios sharing feature is available on all the models of the iPads.

On your compatible iPhone, a prompt for the iOS 15 update will appear shortly. If you don’t, go to Settings> General> Software Update and select “Download and Install” from the drop-down menu. Before you apply the update, make sure you have at least 80% battery life or that your phone is fully charged. It’s also a good idea to back up your data before installing each new update.

Starting today, Apple Developer Program members can download the developer preview of iOS 15 at developer.apple.com, and a public beta will be available to iOS users next month at beta.apple.com. New software features for iPhone 6s and later will be offered as a free software update this fall. Features are subject to change without notice. Some features may not be available in all languages or areas.

Nano-Machines Are Changing Our Perspective of Robots and Heres How

SignalTech Wireless Booster Won’t connect to the Internet! How To Fix It?