Two Wheeled Potential: Self-Driving Bikes Could Change How We Use Cities 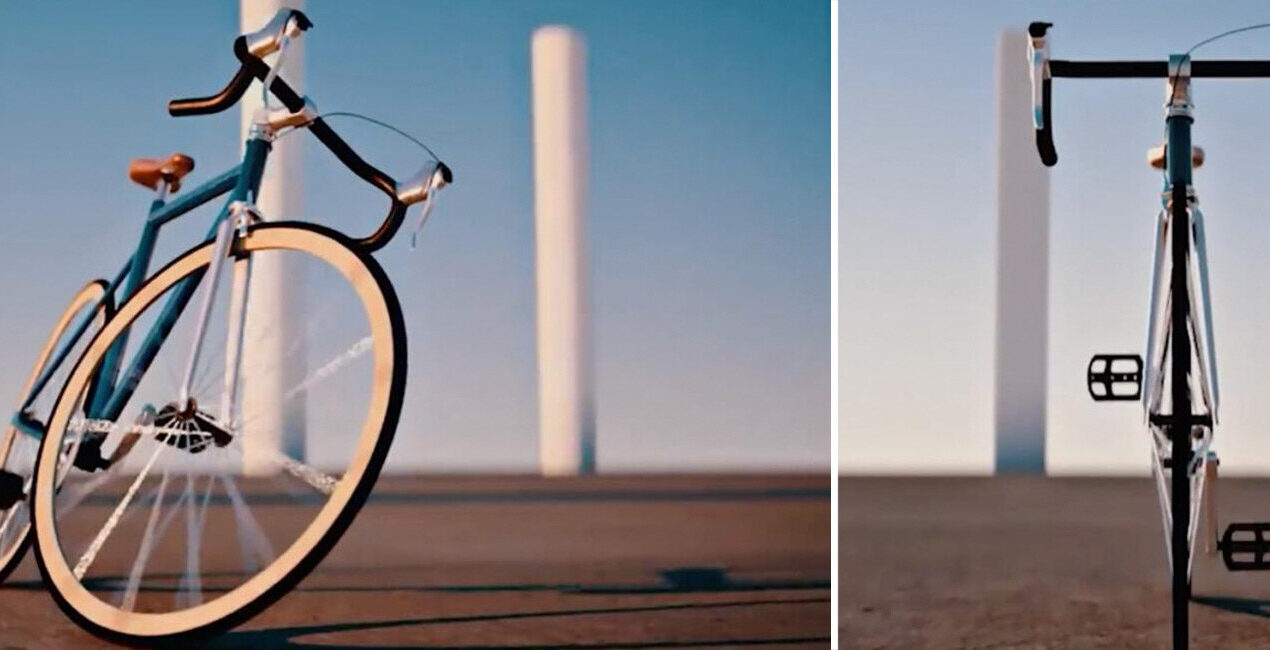 Picture this: you’re cycling down your street, listening to music and enjoying the sunshine on your face. You approach a red light and start slowing down — but there’s not a car in sight. No need to worry though, because you’re not stopping for the light: it’s actually an autonomous bike intersection.

As autonomous cars become more and more popular and as the technology for them continues to advance, it has triggered designers to think further afield and bring new concepts to the market including autonomous bikes. Engineers at Huawei have developed a self-driving bicycle that has the ability to run and operate with the help of any human.

The bike cna stand on its own, balancing its weight while containing high-precision sensors, Ai and image recognition cameras to help it move autonomously.

What is a Self Driving Bike?

The bike is not steered by a rider, but rather sensors and cameras that do most of the work while an algorithm calculates routes based on speed, traffic conditions, and map data.

The systems will not eliminate the need to ride bikes themselves, and they’re unlikely to be sold as a primary source of transportation. Rather, they are designed more as a supplement to public transportation (buses and trains) in major metropolitan areas.

The self-driving bike works by connecting sensors on the bike’s fork or handlebars with GPS technology similar to what is used by mapping and tracking apps such as Waze or Google Maps. The sensors in the fork or handlebars are then able to detect other bikes and cars, which allows the bike to adjust its speed and adjust its own movement so that it can avoid any bike traffic in its path.

The biggest downside of this tech is safety. It seems that because a rider is not a part of controlling the biking itself, there will be an increased number of accidents. One possible solution is for riders to be given helmets that communicate with their self driving bike. This way, if the rider is going too fast, or biking in the wrong direction, the helmet may vibrate or sound an alarm to warn them of their mistake.

Another concern about self-driving bikes is that it would be harder for inexperienced riders and younger children to ride. If a rider does not have much experience biking then they need to be more aware of what is going on around them. But with this technology, it will become easier for inexperienced riders as they are not responsible for steering the bike; rather, they can just let the bike take control while they focus on other things perhaps like texting or interacting with other riders and drivers.

Self driving cars and bikes are the future

It’s clear that autonomous technologies are growing rapidly in the automobile industry, but what about bikes? While driverless cars make the news, self-driving bikes could have just as big of an impact for people who ride on busy city streets. Like any new technology, there will be teething issues — but that shouldn’t keep us from looking forward to a future where autonomous cars and bikes can improve how people travel around a city.

Since autonomous vehicles aren’t governed by the same set of rules as human drivers, they can be programmed to follow certain guidelines that make cycling more accessible to everyone. The first of these innovations will transform busy intersections into smart bike-friendly zones. While self-driving cars move around the city without guidance from a human driver, autonomous intersections for riders will tell cyclists when to proceed through an intersection.

Radar, light detection and ranging, and image sensors will be used at these intersections so cyclists don’t have to stop for lights or wait for cars before crossing a street. The first smart bike-friendly intersections were recently installed in Providence, Rhode Island, and more are being piloted in other cities throughout the United States.

Additionally, self-driving bikes could be a safer alternative to cars. Self-driving cars have the potential to reduce accidents by removing human error and reducing distractions like looking at a screen or texting on your phone. But if autonomous technology is applied to bikes, riders may not have a need to follow the same set of rules that car drivers do because they’ll operate without instruction from a human driver. This will mean less crashes between bikes and will also allow more people to ride safely on city streets.

Does Technology or Money Make the World Go Round?

A Guide on Bellsouth Email Login Process and Issues Resolution